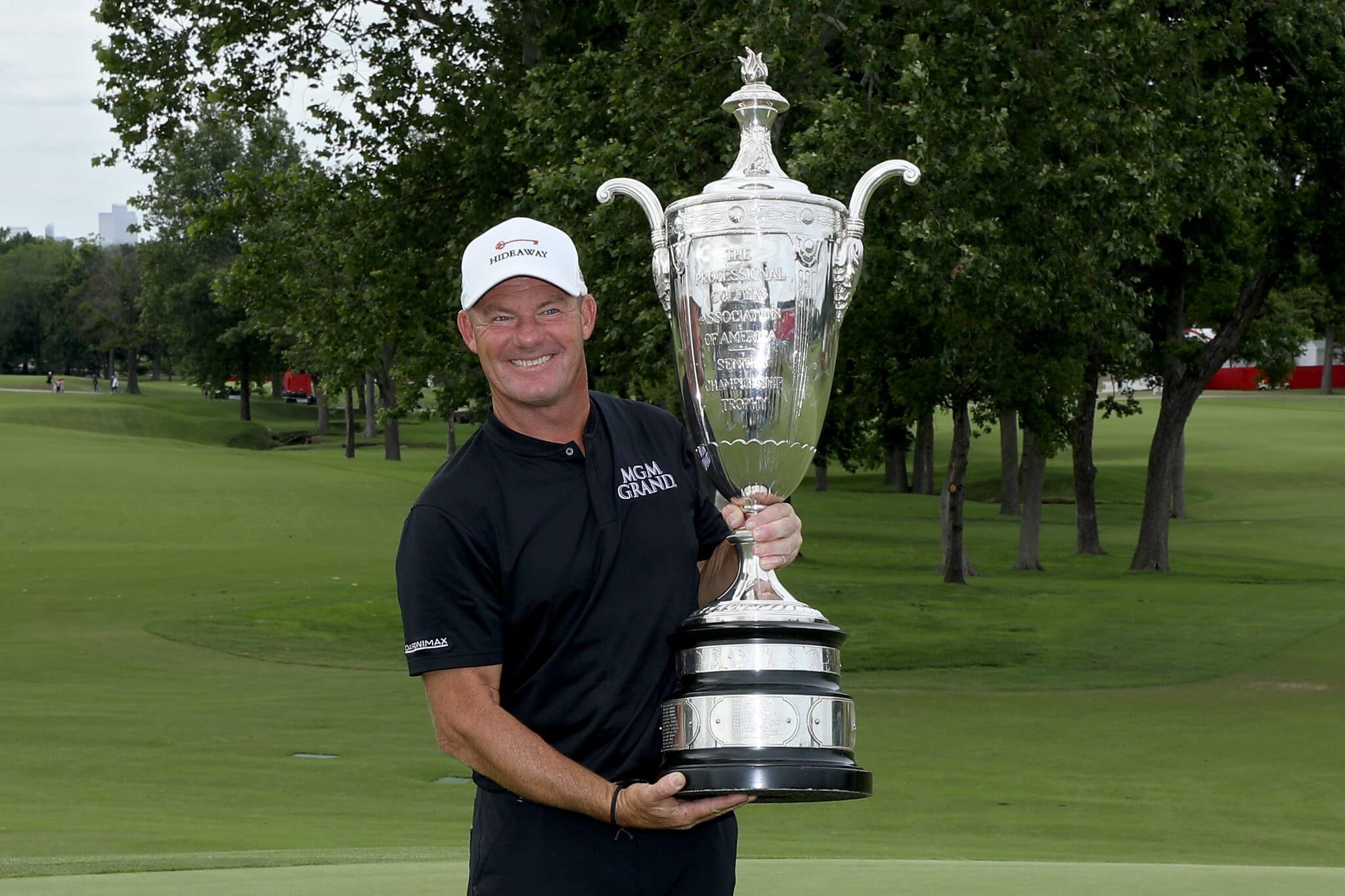 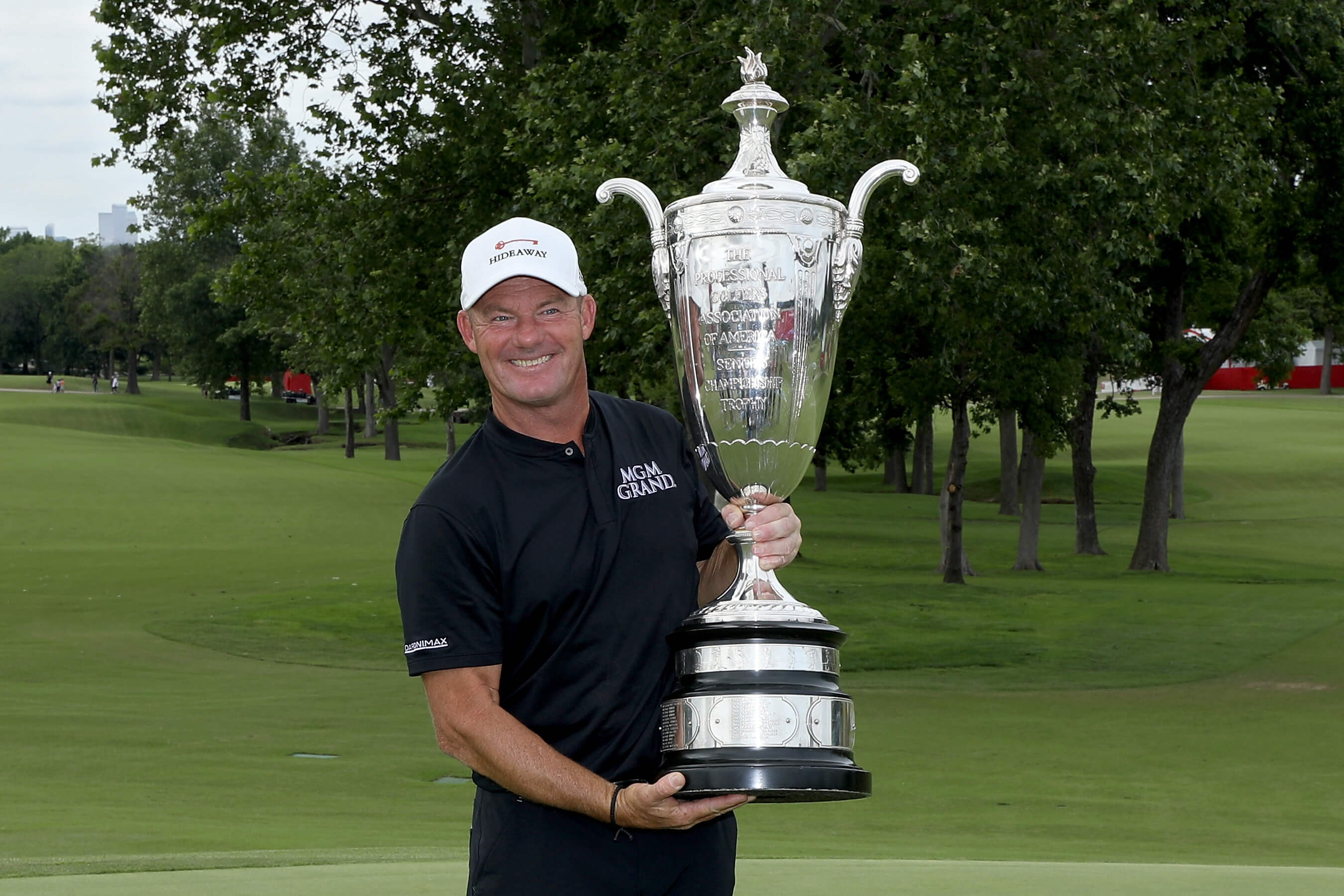 Fancy joining Alex for a round?

Alex Cejka’s life has already been a fairy tale. Winning the 2021 KitchenAid Senior PGA Championship is another part of a spectacular epilogue for the 50-year-old.

On Sunday 30th May 2021  at Southern Hills Country Club Cejka became the first golfer in the history of PGA Tour Champions to win his first two starts in major championships. He captured the 2021 KitchenAid Senior PGA

Championship by four shots after a 3-under 67 Sunday.

“You know, I have no words. It’s incredible,” said Cejka. “Monday when I played for the first time here, I walked those fairways and remember seeing (Southern Hills) on TV in all those years and I can’t even describe how it feels to be here and touching the trophy. It’s incredible. I’m just super blessed. I’m super happy.”

The victory came just three weeks after he won the Regions Traditions, the first major of the 2021 calendar year on the over-50 circuit. Cejka was an alternate for that major but got into the field at the last minute and topped Steve Stricker in a playoff.

There was no extra-hole drama needed this week at Southern Hills as Cejka rode a hot putter to victory.

He needed only 22 putts Sunday to put the Championship to bed and was 4th in Putting Average for the week. He was also 8th in Greens in Regulation. All parts of his game, he said, was clicking.

“I had tough shots. I made a lot of great up-and-downs. That saved me today,” said Cejka. “Obviously that win couple weeks ago gives every player a boost. I know I can achieve a major, I knew it and I didn’t play with that much pressure here, I want to say.

“I said to myself, ‘I don’t have anything to lose.’” Cejka opened Sunday with a birdie but made two bogeys in quick succession on No’s 2 and 3. But he would go 4-under over his next nine holes to start to pull away from all chasers. He added a birdie on the par-4 17th and the coronation had begun.

He said his wife and her friend drove their RV all the way from Las Vegas to Tulsa to be on site in time to help celebrate.

“I think she’s parked by our hotel,” said Cejka with a smile, “so when I get back we’re going to pop a bottle and celebrate in our RV.”
Cejka started the season playing just Monday Qualifiers on PGA Tour Champions, and said his goal was just to get status for the rest of the year somehow, someway. A lot has changed since then as he’s now a two-time major winner.

Stricker and Mike Weir, who were grouped with Cejka for the final round, both were over-par on Sunday. Weir, who shot the round of the tournament in the second round (a 5-under 65) shot 4-over on Saturday and 2-over on Sunday. Stricker, meanwhile, was battling an ice-cold putter on Sunday and shot a 7-over 77.

Although Tim Petrovic and Retief Goosen shot 67 and 66, respectively (Goosen’s 66 was the round of the day) no one could get close enough to put the pressure on Cejka through the back nine.

In all, only seven golfers finished in red figures for the Championship.

No one was better than Cejka, whose story began when he fled communist Czechoslovakia with his father as a 9-year-old, escaping by train and foot, and even swimming across a river at night.

“I really didn’t know where we were going, and suddenly he hugged me and said, ‘We did it,’ and we were in Germany,” Cejka told The Globe and Mail in 2004. He took up golf just two years later.

About 40 years after that fateful trip with his father, Cejka is now a KitchenAid Senior PGA Champion.

Find out about our Legends

Find out about our Legends

For all the latest news about Alex and the Legends Tour, sign up for our weekly emails Each membership can be customised to your own requirements and Alex is on hand to offer a consultation to define and advise.