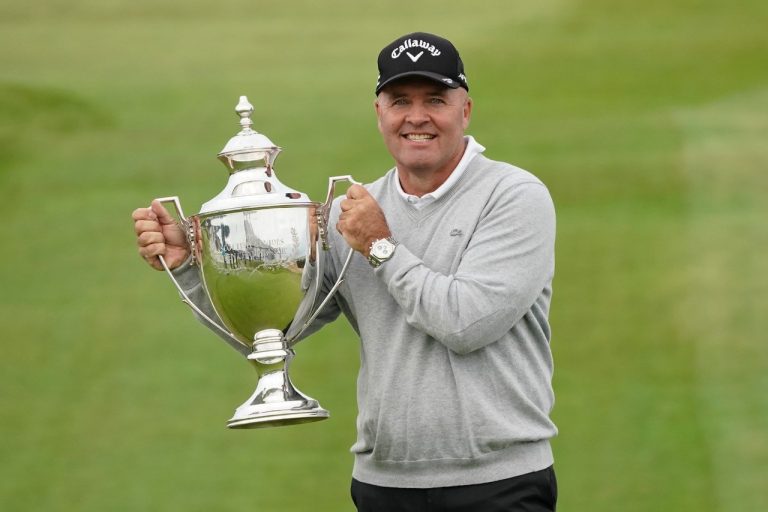 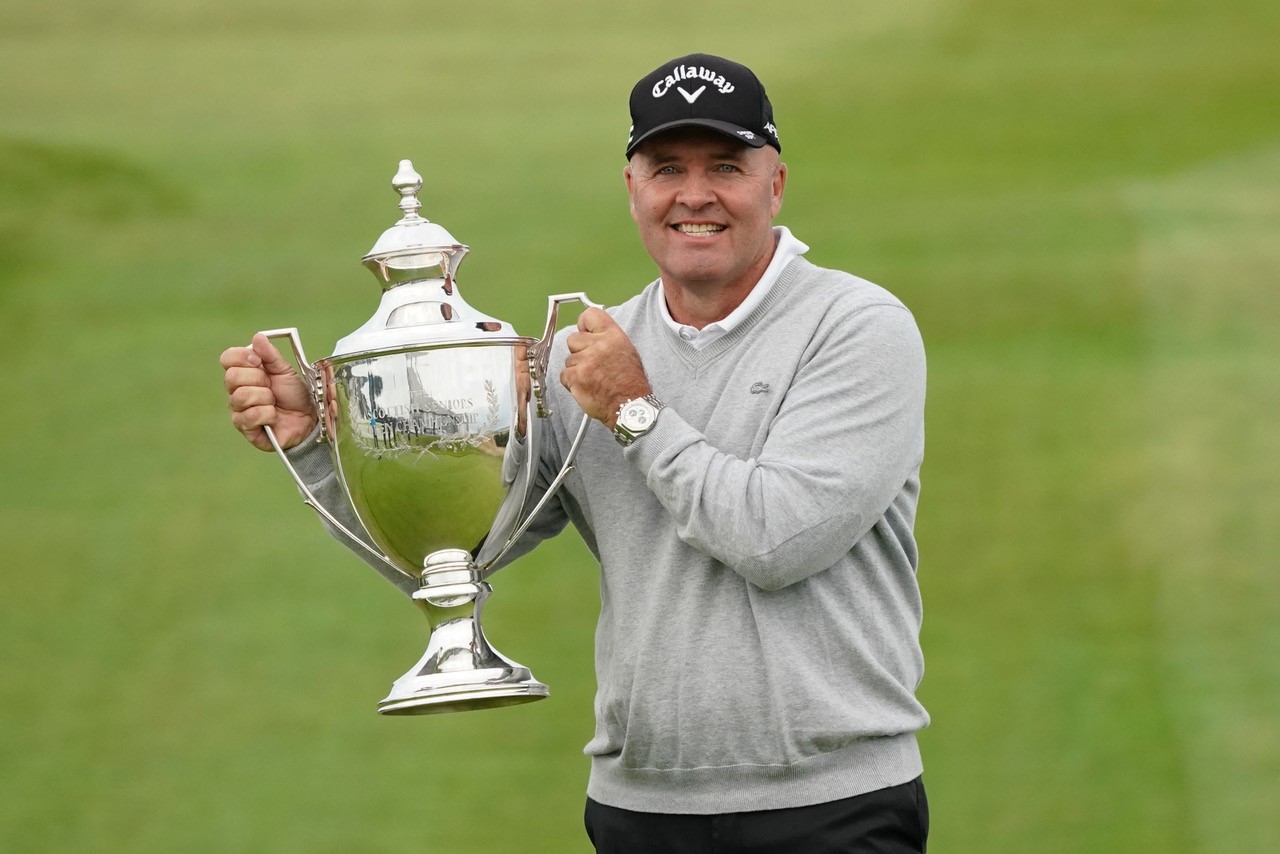 Thomas Levet secured his second victory in as many weeks after he defeated Markus Brier on the first play-off hole at the Scottish Senior Open hosted by Paul Lawrie.

The Frenchman, who won the Legends Open de France hosted by Jean van de Velde last week, bettered Brier’s bogey on the first trip back down the par four 18th hole with a good up and down from the bunker for par after the pair were tied on nine under par after 54 holes at Royal Aberdeen Golf Club.

The duo were paired together in the final round and both posted six under par rounds of 65 to reach nine under par, one shot clear of Switzerland’s Andre Bossert and 2018 Champion Gary Orr, and after triumphing on the first extra hole, Levet completed the Scottish double after picking up the Scottish Open title in 2004.

“I’m very happy, two weeks in a row is unreal,” he said. “Nobody beat me for two weeks, it’s a joke. My game is on, I knew it from the start of the season. I’ve been playing really, really solid golf and my putter was not very good but now my putter is extremely good. It’s a big weapon I’ve got in my bag and it shows in the results.

“I won the Scottish Open and then the week after for three days I was in lead at The Open so I have done this before but I know that you get exhausted so, with experience, you overcome it. This is the first time I’ve won back-to-back and for me, it’s unreal. I’m also moving up the Rankings, so it’s good.

“As soon as they tell you you’re playing Royal Aberdeen, you just sign up. It’s a links course, which I love, and it basially pushes you to the limit. You have to have your game on, distance control has to be spot on all the time and you need the bounces.”

The six-time European Tour winner’s back-to-back victories have arrived at an unexpected time, with a rib injury restricting how much practice Levet can undertake.

“I thought I’d be off for two weeks after Ireland because I had a big pain in my ribcage but the physio treated me really well and I rested a lot,” he said. “Like this week, I only practiced on the last day because I knew my game was on but also my ribs were a big worry. It’s just an unbelievable feeling.

“When you’re injured like this, you don’t practice as much, but when you do, you practice on special things that don’t work or things that you master and I couldn’t hit the ball so I just putted. It’s the reward for the hard work.”

Bossert tied the course record with a seven under par round of 64, to share the feat with eight-time Major Champion Tom Watson and former European Tour player turned referee Derrick Cooper, who was the Tournament Director at Royal Aberdeen this week.